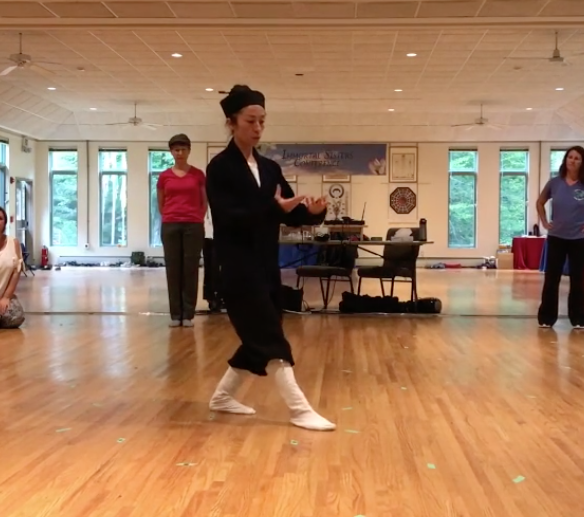 Explore Daoist cosmology, numerology, and sacred geometry through practice of a very old and rare style of Ba Gua known as Chun Yang Ba Bu (Pure Yang Eight Step), also known as Long Xin Zhang, Dragon Heart Palm. This style is currently only taught in its entirety at the Five Immortals Temple in China via a lineage which stretches back one thousand years to Tang Dynasty Lu Dong Bin.

“The Eight Step Heavenly Big Dipper Palm is ancient and unadorned, refined and rare, transcending the mundane, and casting off the conventional.”

“Passing through, connecting and winding movements, yin and yang mutually exchanging, the eight trigrams turn. The dragon swims in the ocean and the heaven. The body and the stepping are light and graceful. Its stepping method has a route, treading on the Tai Ji Yin-Yang five elements eight trigrams diagram. Its shape and pattern is elegant and floating, its appearance likened to a flying immortal.”

Save this product for later
Display prices in: USD